The adherents of eco-tourism in Azerbaijan have another interesting destination-a visit to the alpaca farm. Alpaca Farm is located in the Shamakhi district, close to the Meyseri vineyards, surrounded by picturesque mountains and green pastures.
DISCOVER 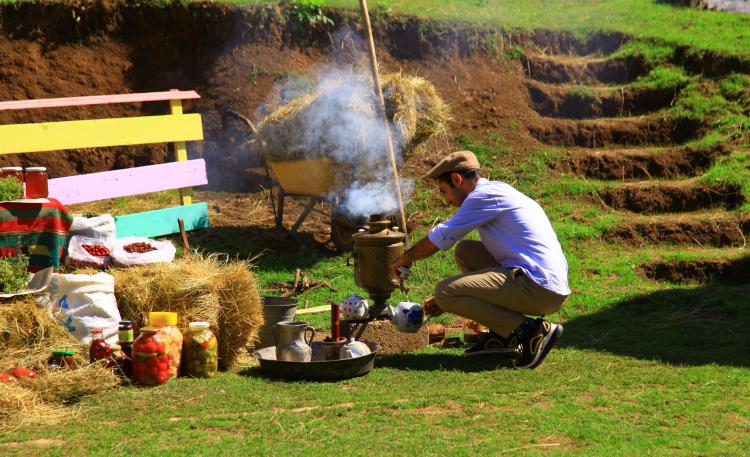 
The farm is located in Tezekend village of Ismayilli region is 0.35 hectares. Some kinds of fruits and vegetables are planted, as well as, chickens and 1 cow are kept in this small family farm. Suitable conditions have been created to provide food and recreation services for 20 tourists at the same time. Guest of the small family farm can engage in different master classes on preparation of gutab and other agricultural products.
DISCOVER 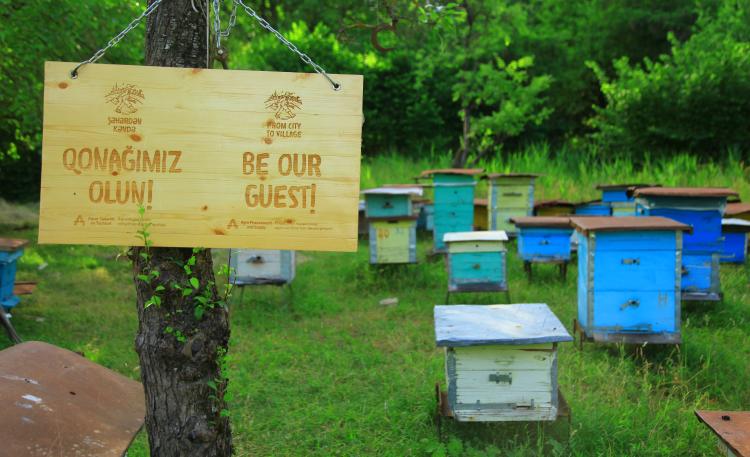 
The farm is located in Qaladeresi village of Shamakhi region, in the territory of Shahdagh National Park and occupies area of 0.53 hectares. There are various fruits and vegetables, as well as, 50-60 chickens, geese and buffalos in this place. The main activity in the farm is beekeeping. Near the farm there is a garden belonging to the farmer, which can also be used to serve tourists.
DISCOVER 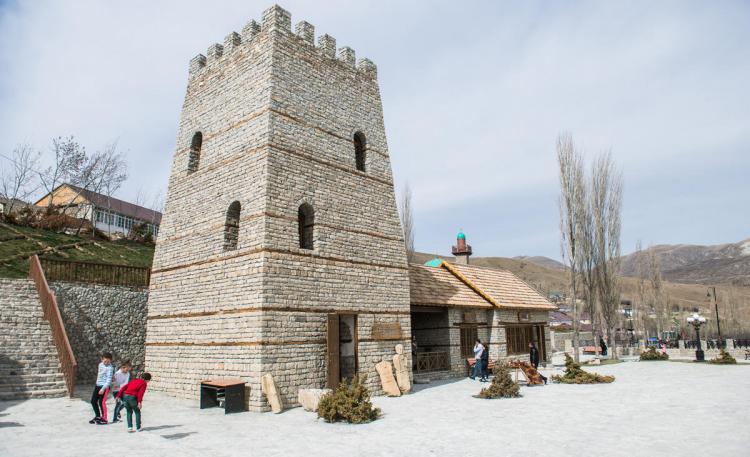 
In Azerbaijan, the village of Demirchi, which located 30 kilometers from the city of Shamakhi, is one of the corners of the multi-century blacksmithing tradition. Blacksmithing craft flourished here long ago and the village was formerly called Guneychay, by analogy with the flow of the river Pirsaatchay, flowing next to the village. Only later the village was renamed Demirchi - in honor of the main craftsman of the village. (dəmirçi is translated from Azerbaijani as a blacksmith).
DISCOVER


Shamakhy Astrophysical Observatory named after Nasiruddin Tusi of Azerbaijan National Academy of Sciences was established in 1959 and located on the eastern slope of Pirgulu, at a height of 1500m.
DISCOVER


Mirza Alakbar Sabir (30 May 1862 Shamakhi 12 July 1911 Shamakhi) was an Azerbaijani satirical poet, public figure, philosopher and teacher. He set up a new attitude to classical traditions, rejecting well-trodden ways in poetry. Political and civil motives prevail in his poetry, and Sabir himself was the spokesman for the ideas of the national liberation movement in Azerbaijan.Sabir fought passionately to expand and deepen this movement.
DISCOVER


Nearby the Hotel you can visit second oldest mosque in the Caucasus – Jumma Mosque (743 y.). Shamakhi Juma Mosque, one of the oldest Muslim temples in Azerbaijan, as well as in the South Caucasus and the Middle East, was built in 743 in honor of the arrival of khalifa Khalid ibn Waliyah’s brother Muslim ibn Waliyah to Azerbaijan. According to some sources, the Khazar kagan, defeated by the Caliphate armies, embraced Islam in this mosque.
DISCOVER